Jump to content
From ArmA 3 King of the Hill Wiki

In-game money ($) is the currency in the King of the Hill mission. It is earned by the player while they progress though the game. Money is used to buy new equipment (weapons, weapon attachments, vehicles and so on).

The player earns money on certain actions and can save it in the in-game cash account. The balance can be seen in the lower right corner of the game.

Equipment can be bought at the spawn location (within the safe zone) of the faction the player is playing at. 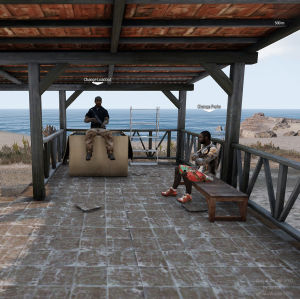 The players loadout (weapons, weapon attachments, etc.) can be changed at the Change loadout NPC (Non-Player-Character). The player can buy primary weapons and scopes and equip one of the weapons they own. Bought scopes can only be attached to the weapon they were bought for. If a new weapon is bought or used, the scopes need to be unlocked (by earning Experience) and bought again.

The available and equipable weapons may vary based on the perks selected by the player.

Additionally, a player can carry a secondary weapon (pistol) as well.

If the player selected the Launcher perk, they can also optionally equip a rocket launcher.

There's no way to refund/return a bought weapon, neither a permanently bought one, nor a one-time purchase. 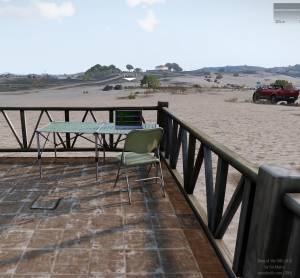 Other than the players loadout, vehicles can only be bought one-time. They can be bought at the Buy vehicles terminal and will spawn next to the spawn point within the safe zone. Except for planes, the player will spawn within the plane somewhere way outside the are around the AO.

In order to refund/sell a vehicle, the player needs to drive/fly it to the repair pad and sell the vehicle through the scroll menu.

Retrieved from "https://www.armakoth.wiki/w/index.php?title=In-game_money&oldid=103"
Category:
Cookies help us deliver our services. By using our services, you agree to our use of cookies.